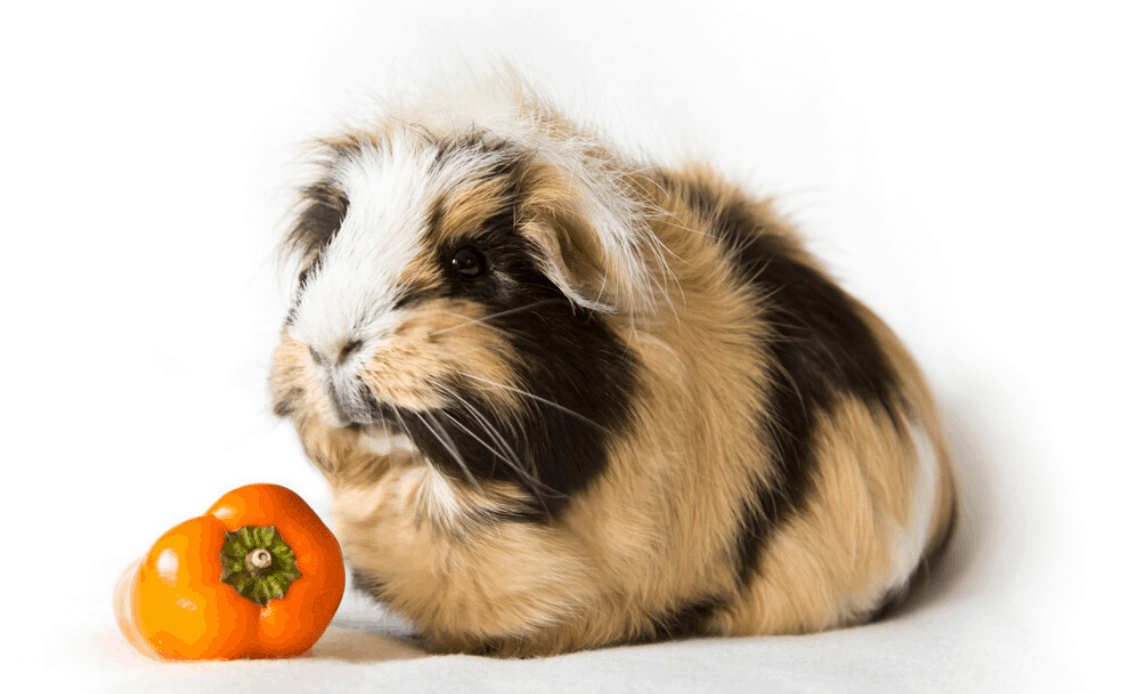 Green, yellow, orange and red — bell peppers come in a range of vibrant colors and are loaded with vitamins and minerals. They’re a nutritious snack for humans, but what about for cavies? Can guinea pigs eat bell peppers?

Yes. Guinea pigs can eat bell peppers of all colors. Green bell peppers are the best choice because they’re lower in sugar, but you can feed your guinea pig all types of bell peppers as long as they’re given in moderation.

What Are Bell Peppers?

While many people believe they’re vegetables, bell peppers are actually fruits from the nightshade family. Also known as sweet peppers and capsicums, they’re native to Central and South America.

High in vitamin C and low in calories, they make a nutritious snack for people and guinea pigs.

Why Do Bell Peppers Come in Different Colors?

Have you ever wondered whether there are any differences between the different-colored bell peppers on the shelves of your grocery store? The most common varieties are:

You might be surprised to learn that these peppers all come from the same plant — green peppers are unripe fruits and red peppers are mature, while the yellow and orange varieties are partially ripened. Sweet peppers come in a variety of other colors, including purple and brown, but these are much less widely available.

There are also variations in taste and nutritional quality between the different colors. For example, red bell peppers are noticeably sweeter than green bell peppers, but they also contain much more vitamin C.

Are All Bell Peppers Safe for Guinea Pigs to Eat?

Yes. Bell peppers of all colors are safe for guinea pigs to eat. However, you’ll need to wash the pepper and remove the seeds before feeding a slice of pepper to your pet. You should also be careful not to let your guinea pig have too much of a good thing.

Sweet peppers provide a number of important nutrients that guinea pigs need. Some of the health benefits of bell peppers include:

You can compare the nutrition profiles of different types of sweet peppers in the table below.

Green peppers are generally considered to be the best option due to their lower sugar content. While they don’t contain as much vitamin C as other pepper varieties, they’re still a rich source of this important nutrient.

How Much Bell Pepper Should I Give My Guinea Pig?

One or two slices of bell pepper is the perfect serving size for your cavy. Some owners give their pets a daily serve of sweet pepper, but others opt to feed it 3-4 times a week if giving varieties that are higher in sugar.

It’s also important to introduce any new food to your pet’s diet slowly in case it causes an upset stomach. If your cavy has any sort of negative reaction to bell peppers, consult a veterinarian for advice.

There are a few risks you need to be aware of when feeding bell peppers to your guinea pig:

No. You should never give hot peppers or chili peppers to your guinea pig. Jalapenos and other hot peppers are too spicy for cavies to handle and could cause an upset stomach for your pet. Make sure to avoid them at all costs.

If you want to share a bell pepper with your furry friend, you can. Bell peppers of all colors are safe for guinea pigs to eat, but green peppers are the healthiest option. Just be sure to remove the seeds and the stem before serving any bell pepper to your cavy.