Can Guinea Pigs See In the Dark? Do They Need Light at Night? 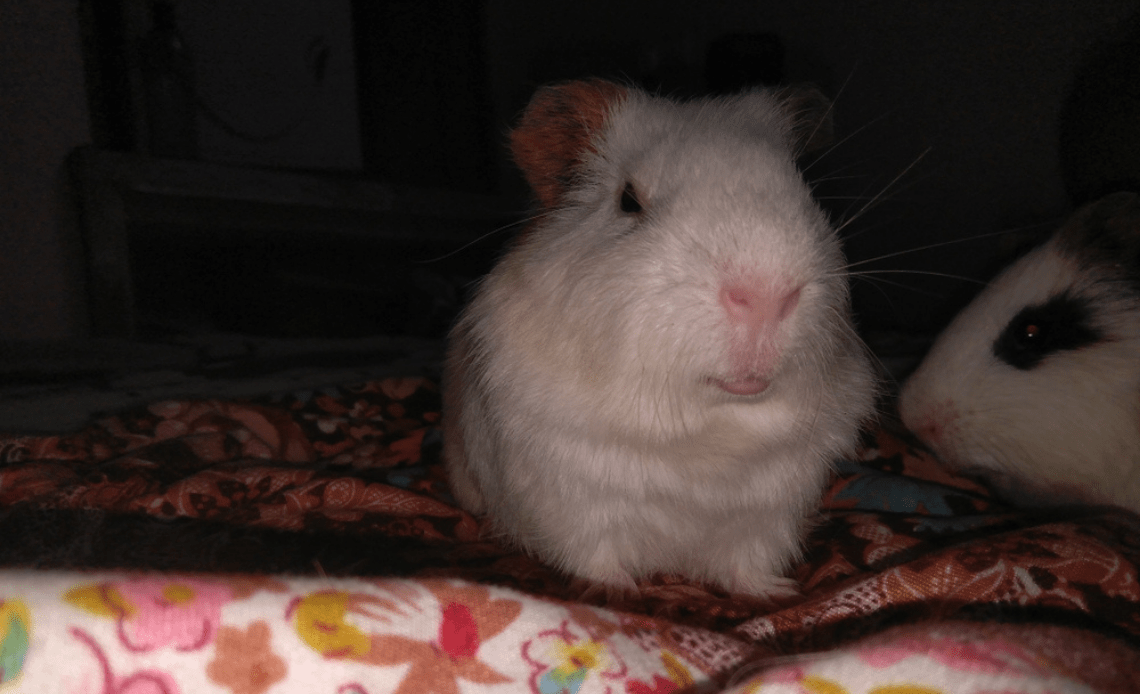 If you’ve ever been woken in the night by your guinea pigs playing or chattering in their cage, you’ll no doubt be aware that cavies can be active at any hour of the day or night. This prompts some owners to wonder whether they should leave a light on for their guinea pigs overnight.

It also leads to an even more perplexing question: Can guinea pigs see in the dark?

The answer is that they probably can, but we don’t know for sure. Guinea pig sleeping patterns and the things we know about their daytime vision and other senses suggest that they must have some level of night vision. Still, there’s no real scientific proof of this.

Let’s take a closer look at what we do know about guinea pigs’ sense of sight, and the factors that suggest they can see in the dark at some level.

How Well Can Guinea Pigs See?

Guinea pigs aren’t known for having especially good vision, but they do have some important skills to help them get around.

One of the key features of your pet’s sense of sight is that cavies have an estimated 340-degree field of vision, which is undeniably impressive. It’s also very handy for guinea pigs in the wild, who need to be alert to the approach of any potential predators.

Guinea pigs can also see in color, and it’s thought that they can actually see more images per second than humans.

Where your pet’s eyes fall short is in the depth perception department. Cavies are notorious for having poor depth perception — but they can rely on their other senses and special talents to get around.

How Do Guinea Pigs Navigate Their Way Around?

OK, so if guinea pigs have a widescreen view of the world and poor depth perception, how do they move around without bumping into things and tripping over all the time? Well, they have a few tricks up their sleeve.

One key anatomical feature is the cute little whiskers on your guinea pig’s face. Known as vibrissae, these hairs do more than just look adorable. In fact, it’s thought that they help your guinea pig measure distances and get their bearings in a range of light conditions.

Finally, guinea pigs are also known to be good at spatial memory, which means they’re skilled at remembering where objects are and which routes to take. In other words, it’s sort of like they have a good sense of direction.

Yes, as your cavy’s nighttime antics would suggest, guinea pigs do like the dark.

However, that doesn’t mean they’re nocturnal animals. In fact, guinea pigs are crepuscular, which means they’re most active at twilight.

So if your guinea pig likes to do some playing and exploring after dark, there’s nothing abnormal about that.

You might be tempted to provide some sort of night light for your guinea pig to help them get around after dark, but there’s no need to do this.

As we’ve already established, guinea pigs are more than capable of navigating in the darkness. There’s also the risk that keeping your pet’s cage lit all night long could disrupt their normal rhythms and sleeping patterns. So think twice before providing nighttime illumination for your pet.

The next time you hear your cavy rustling around in their cage at night, you can rest assured that they’re probably not just stumbling around completely blind. It’s likely that guinea pigs can see in the dark to some degree, but just how much night vision they have is a matter of conjecture. And with their other senses and excellent memory, they’ve got plenty of senses to help them get around.

That said, you don’t have to provide light for your guinea pig overnight. There’s no need to worry about your cavy’s night vision capabilities. Instead, just let your furry friend enjoy their nighttime adventures while you focus on getting back to sleep.