Common Rat Tumors And How To Treat Them 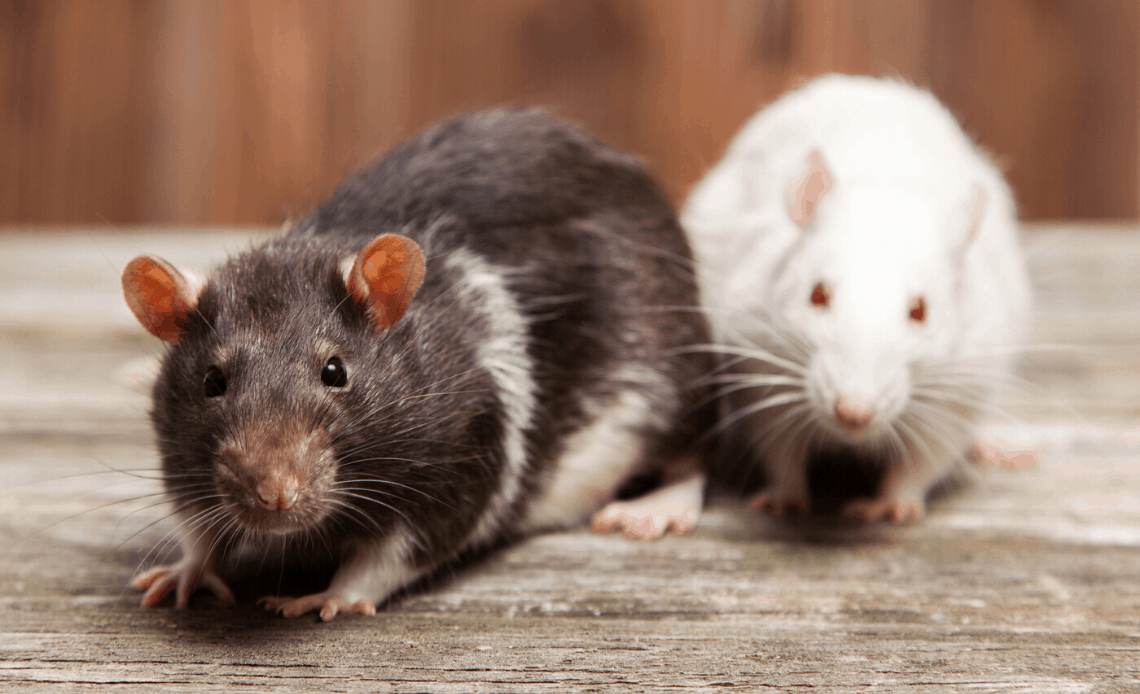 Today we are going to look at one of the most common health issues that affect our rats – tumors. We’ll find out which tumors occur most frequently, what causes them to appear, and how they can be treated. Then we’ll discover what can be done to prevent tumors from occurring in the first place.

What Type Of Tumors Do Rats Get?

Rats can suffer from benign (non-cancerous) tumors and cancers. Thankfully, most rat tumors are benign, though the precise ratio varies between different strains and lines of rats.

Benign tumors grow but don’t spread – they don’t invade nearby organs or metastasize; a process where tumor cells break away and are carried (in the blood or lymph) to grow in other parts of the body.

Cancerous tumors grow and also spread. They can invade other organs nearby or metastasize. Because of this, they are much harder to treat and can quickly progress towards the stage where it is necessary to consider euthanasia.

Despite cancerous tumors being relatively uncommon in rats, it’s important to realize that benign tumors can cause death too. We’ll expand on this a bit more in the next section.

The two main types of rat tumors are:

However, rats can get tumors that affect the skin, testicles, ovaries, thyroid, adrenal glands and other organs. They also get cancerous mammary tumors, although these are uncommon.

Can Rats Live With Tumors?

It’s easy to think that because most rat tumors are benign, they are something that your rat can easily live with. Sadly, this is rarely true. The cells in most tumors are dividing rapidly, and it generally only takes a couple of months for a tumor to grow large enough to cause problems.

Depending on the position of the tumor, these issues can be anything from pressure on surrounding organs to loss of mobility. Once the tumor reaches a certain size your rat will be unable to eat sufficient nutrients to maintain their body weight as well as the tumor. This leads to rapid weight loss and general decline.

It is also common for a large tumor to ulcerate and get infected. This happens when the lump outgrows its own blood supply. As a result, areas of the tumor begin to breakdown and become necrotic (the tissue dies).

So, rat tumors should not be thought of as harmless, and options for treatment should always be considered where the tumor would be likely to shorten the rat’s life. Some form of treatment is possible for most rats, even those who are old or already have an advanced illness.

Signs Of Tumors In Rats

Most tumors are easy to spot quite quickly as lumpy areas, often under the armpits or in the groin. It’s advisable to regularly check your rats (perhaps once a week) by gently running your hands over the areas when mammary tissue occurs.

A tumor is just a lump and can first be felt as a thickening of the tissues. It’s a good idea to get used to how your rat feels in the tumor prone areas while they are still young and fit. Tumors are not inevitable but they do affect many older does and some bucks.

It is also possible for cancerous tumors to be internal – growing in organs like the bladder and intestine. Signs of internal tumors vary according to the part of the body that is affected, but they should always be considered when a rat is generally unwell or in pain without an obvious cause.

Some internal tumors can be felt by a vet gently palpating the abdomen or pelvis, but often by the time these cancers have shown signs in our rats they are already too advanced to consider surgical removal.

Signs That Occur When Lumps Have Grown Large Include:

It is generally accepted that benign tumors are not painful in themselves, however, they can cause pain due to pressure on nerves and other structures. Once they become large, they are heavy for the rat to carry around, which can also cause discomfort in muscles and joints.

Signs Of Pituitary Tumors In Rats

Causes Of Tumors In Rats

There many factors that are known to affect the rate of tumor occurrence in rats. These include:

Let’s look at each in more detail.

According to the textbook, The Laboratory Rat (American College of Laboratory Animal Medicine Series) diet has the most influence. Adlib feeding (regardless of diet) increases tumor occurrence in rats and reduces longevity.

High-calorie intake not only increases the frequency of tumors occurring (particularly mammary and pituitary tumors) it also enhances the growth rate of a tumor once it has arisen.

The components of the diet also have an influence and too much (e.g. fat) or too little (e.g. micronutrients like choline) of a dietary component can influence tumor formation. So, any diet must be chosen carefully.

Dietary factors can also have a primary effect in the rat’s body which can then have a secondary influence to increase the risk of tumors. An example is an excessive amount of dietary protein, which can increase the rate at which chronic nephropathy (kidney disease) progresses, which in turn makes the rat more likely to develop renal cell tumors.

Since spontaneous tumor occurrence has been studied in a number of different strains of laboratory rats, we know that tumor occurrence varies between strains quite significantly. This means that some rats are simply more prone to getting tumors because of their genes.

The linked review is an old one that compares many strains, but all the recent studies involving rates of spontaneous tumor growth in specific strains seem to report similar differences.

However, even having a gene mutation that is linked to an increased risk of tumors doesn’t mean that getting tumors is inevitable. Environmental factors, and particularly diet and methods of feeding have a huge impact on whether the risk becomes a reality.

The Influence Of Sex And Hormones On Rat Tumors

Female rats are at a higher risk of both mammary and pituitary tumors, many of which flourish under the influence of the hormones estrogen and prolactin. Rats generally experience menopause around 18 months of age and after that, tumors that are affected by hormones start to develop.

Most pituitary tumors contain (have receptors for) a single pituitary hormone, and the most common pituitary tumor in rats is the prolactinoma. These tumors grow under the influence of prolactin, which is important when it comes to treating them.

Males and females also experience tumors specific to their sex. These include pheochromocytoma and testicular tumors in males and ovarian and uterine tumors in females.

The Influence Of Age On Rat Tumors

As for most mammals, cancerous growths in rats increase with age. This is partly because of the cumulative effect of diet and environmental toxins over time and also as a result of the aging process. Most mammary tumors show from around 20 months onwards.

Environmental toxins like exhaled tobacco smoke, chemicals, and air/water pollutants can have a cumulative effect over time. These effects include a weakening of the immune system in its attempts to deal with pre-cancerous cells. They also damage DNA and disable genes that protect against cancer.

Pet rats are usually exposed to far fewer environmental toxins than we are, which may go some way to explaining why they have cancerous tumors much less often.

Treatment Of Tumors In Rats

The main treatment for a rat tumor is surgical removal. Knowing the problems that arise for a rat who is living with a tumor, most rat owners opt to get the tumor removed within a few weeks of it appearing.

In a few cases, this is not possible because the position of the tumor makes it inoperable, or the rat is not well enough to cope with an anesthetic. In these situations, other medical treatments are available – though less effective.

When a tumor first shows, it’s often best to wait for a short time before surgery because a few tumors grow very slowly and may never really affect the rat. Another reason for delaying is that multiple tumors often crop up at around the same time, and these can then be removed during a single surgery.

Most mammary lumps do not invade surrounding tissue and lie just underneath the skin, which makes them relatively easy to remove, and easy for the rat to recover from. Unlike a spay, this is not major surgery as the surgeon does not have to cut through muscle layers, and recovery is usually swift.

The cost of tumor removal varies greatly between different states and countries. It can vary between about $100 to $300 (or more) at some exotics vet practices.

Where a tumor is inoperable or the rat is not well enough for an anesthetic, there are less effective non-surgical options. These will not remove the tumor but they may slow down or stop it from growing.

Medications like cabergoline or bromocriptine are useful in reducing the amount of prolactin available to promote tumor growth in those lumps that are sensitive to prolactin. This includes a good proportion of pituitary tumors and some mammary lumps.

They act by latching on to dopamine receptors in the brain and reducing the amount of dopamine released. This, in turn, reduces the secretion of prolactin as this is thought to be released under the influence of dopamine.

Another potentially useful medication is tamoxifen which attaches to the estrogen receptor in the cancer cell. This slows the growth of some mammary tumors that are sensitive to estrogen.

For some tumors – primarily those occupying a confined space – steroids, such as dexamethasone, can be a useful tool to improve symptoms in the short term. They have the effect of reducing inflammation and tend to shrink the tumor, relieving symptoms to a degree.

Injected dexamethasone can be followed by oral steroids, which should be continued until they are having no noticeable effect, then the only humane option is to put the rat to sleep. But steroids do not improve symptoms in every case.

How to Prevent Tumors in Rats

Some of the causes of tumors such as sex and genetics are outside of our influence – unless we are breeding rats – but there is still a great deal that we can do in caring for our rats to reduce the likelihood of tumor occurrence.

One Option That Will Prevent Most Tumors in Female Rats

There is one major action we can take to prevent tumors in most female rats as they age, and that is to spay them when they are young. Removing the ovaries reduces the amount of estrogen and prolactin in the body, as estrogen is produced in the ovaries and is a key regulator of prolactin (alongside dopamine).

Spaying is not yet commonplace in young, female rats, in the way it is for dogs and other animals. Rats are small and require skilled surgical and anesthetic techniques to cope with surgery, but where good veterinary care is available, it is clear that spaying carries many health benefits for rats.

We hope that you now feel armed and able to deal with tumors if your rats develop them. Tumors are not inevitable and you also have the information you need to do what you can to prevent them. 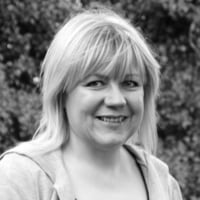