Should You Get a Male or Female Guinea Pig? 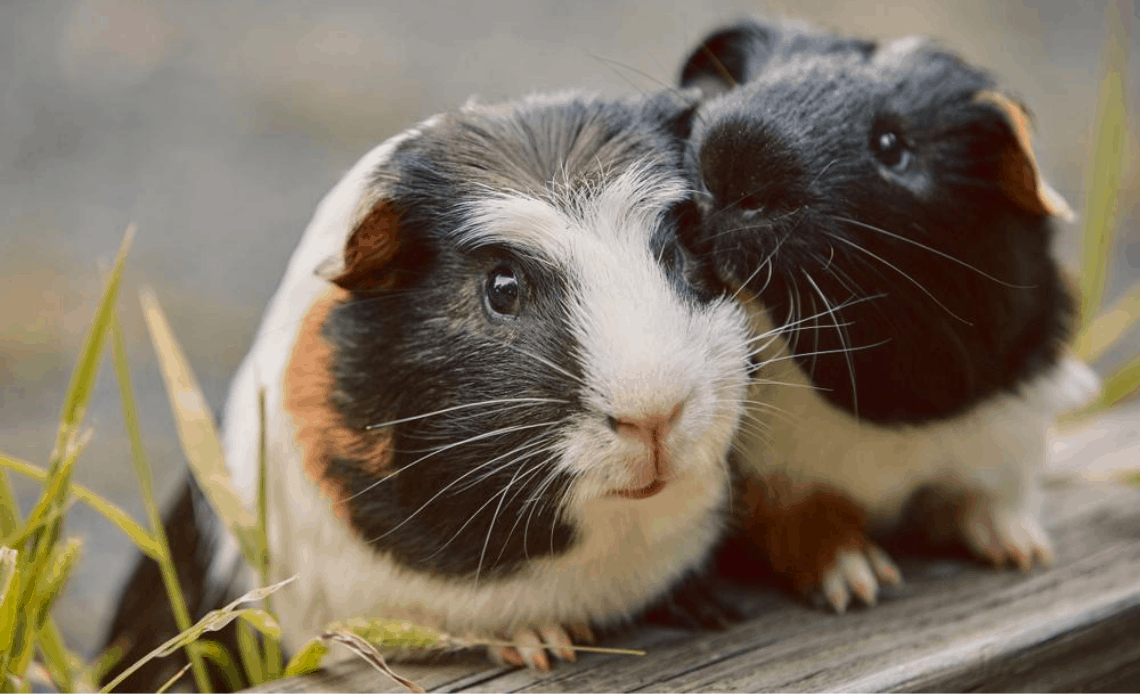 If you’re preparing to welcome a guinea pig into your family, there’s one important question you’ll need to answer: Should I get a male or a female guinea pig?

The good news is that there’s no clear winner in this furry battle of the sexes — both male and female guinea pigs can make wonderful pets for the right owner. However, the sex of a guinea pig can have an effect on their behavior and is also a crucial factor that must be taken into account when pairing your new pet with another cavy.

Keep reading to find out all the key male vs female guinea pig differences, and how to choose the right cavy to be your newest family member.

How to Tell If a Guinea Pig Is Male or Female?

Is my guinea pig a boy or a girl? If you’re looking for the answer to this question, you’re not alone. To the untrained eye, male and female guinea pigs can be difficult to tell apart. But there are a few key signs to look for to determine whether your pet is a boy or a girl — and it all starts with examining your pet’s genital area.

The configuration of the penis and anus on male guinea pigs (boars) result in a genital area that resembles a lowercase i. The testicles are also reasonably easy to spot on adult males, but they can be harder to identify on newborn cavies. Meanwhile, female guinea pigs (sows) have a Y-shaped genital area.

If you’re unsure whether your pet is a boy or a girl, take them to an experienced small animal vet for a physical examination. Determining the sex of your guinea pigs is crucial because guinea pigs can start mating as early as eight weeks of age. So if you’re unwittingly keeping a male and female in the same cage, you could have a whole lot of babies on your hands very shortly.

Aside from examining their genital area, there are a few other ways you can tell boy and girl guinea pigs apart.

Are There Any Behavioral Differences Between Male and Female Guinea Pigs?

As a general rule, male guinea pigs are more likely to fight than females. This increased aggression is perfectly natural and all part of how male cavies establish the social hierarchy.

If two males are paired appropriately based on their personalities, there will generally be a little posturing before the more submissive of the two backs down. But if both boars feel like they should be the one in charge, this behavior can soon escalate into fighting.

Why Do Guinea Pigs Fight & What Should I Do?

Meanwhile, sows often tend to be a little calmer and better at getting along with other cavies. They can be aggressive towards their furry cage mates, but this sort of behavior is less likely to occur with females than with males.

Finally, boars also have a reputation as being a little more outgoing and active than sows, which are commonly seen as being slightly timider.

Of course, each cavy is different, so never assume that their gender will determine exactly how they’re going to behave. Every guinea pig has their own unique personality, and getting to know your pet better is one of the joys of caring for these cute little critters.

Should I Choose a Male or a Female Guinea Pig?

The answer to this question depends on a few different factors.

If you’re only getting a single guinea pig, you can choose either a male or a female. Provided the cavy is healthy and gets along well with people; it’ll make an excellent pet.

Of course, guinea pigs are highly social creatures, so it’s highly recommended that you get two cavies rather than just one. This is the best way to help your guinea pig stay happy and healthy. If you choose this approach, the safest option is to go for a same-sex pairing of either two females or two males.

As mentioned above, there’s a greater risk of fighting when two boars are kept together. If you want an all-male pairing, the best approach may be to choose two brothers — if they’ve lived alongside each other since birth, they should hopefully have worked out the pecking order by now.

But while it’s entirely possible for two boys to live harmoniously provided their personalities are well matched — i.e., one is happy to be more submissive to their dominant cage mate — you can usually expect fewer problems with two sows. That’s why two females is a very popular pairing for first-time guinea pig owners.

Finally, if you want to keep a male and female together, the male will need to be neutered to prevent breeding. But the good news is that the two cavies will then be capable of getting on quite well together.

If you’re struggling to decide whether you want male or female guinea pigs, don’t stress. There are pros and cons to keeping boys or girls, so it really comes down to your personal preference. Just make sure you consider any potential gender-related issues when pairing two cavies together.

Male and female guinea pigs both make great pets — and at the end of the day, that’s really all that matters.