Which Hamsters Can Live Together? A Definitive Guide 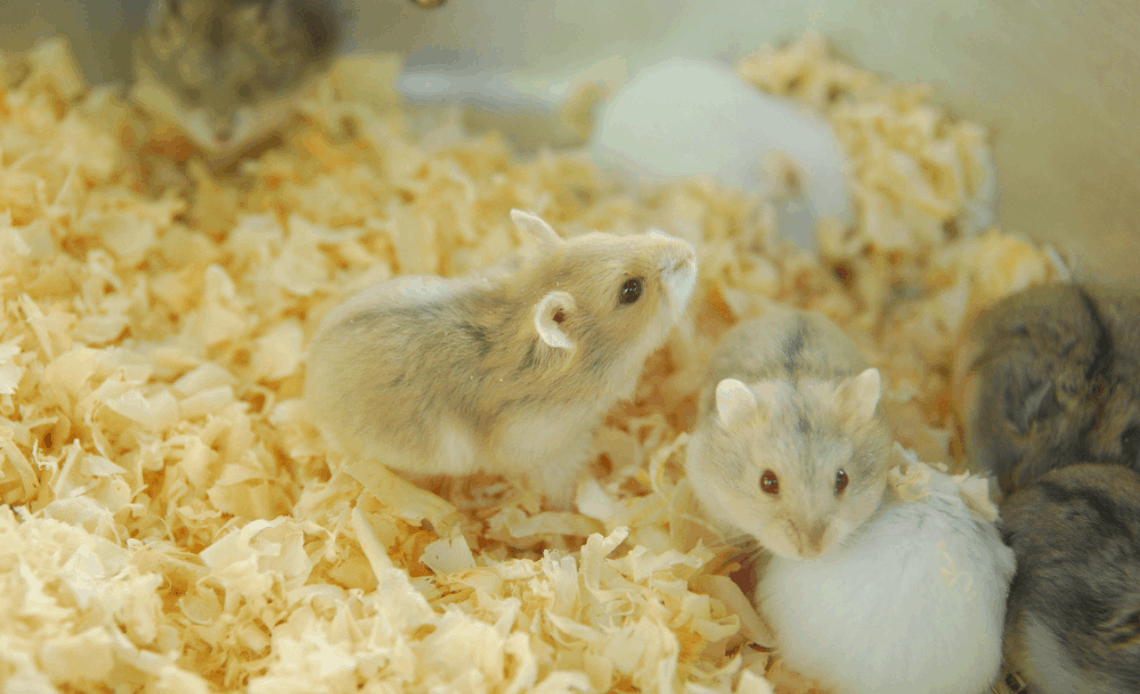 In pet stores, hamsters are often living in groups. This may lead some people to believe that these animals enjoy living together. However, this is contrary to the natural behavior of most hamster species.

In this article, we will explore which hamsters species (if any) can live in groups (called hordes), and what you can do to try to make cohabitation successful.

As a general rule, most hamsters cannot live together. Except for certain dwarf pairings, hamsters prefer to live alone.

The biggest, most docile of hamster species, Syrian hamsters may be the friendliest with humans, but are strictly solitary creatures. Even in the wild, Syrian hamsters live in solitary burrows, gathering only to mate.

The best way to keep your hamster healthy and happy is to try to mimic its natural environment as much as possible — this means keeping them alone. As a very territorial species, housing two or more Syrian hamsters together can end up in stress, injury, and even worse, death.

In short, Syrian hamsters cannot live with other hamsters.

Some species of dwarf hamsters are capable of living together. This section will go over all the commonly available dwarf hamster species and whether they can live in hordes.

If you choose to keep a Chinese hamster as a pet, it’s best to keep just one per enclosure.

Like the winter white hamster, Campbell’s Russian dwarf hamster hybrids (as they are often mixed with winter whites in the pet trade) can sometimes live in groups of two or more. Because these two types of hamsters are often bred together in captivity, there is little difference in their care and temperament.

Like the winter whites, Campbell’s Russian dwarf hamsters have difficulty living in hordes in captivity due to the lack of space in most enclosures.

Roborovski hamsters have sometimes been documented living together in the wild, but they’ve been found living alone more often.

These hamsters are most likely to have success cohabiting in an enclosure together. Like winter whites and Campbell’s Russians, though, more animals will mean much more space needed.

Setting Up Cohabitation For Success

While it’s much easier to keep a single hamster, if you choose to keep multiple dwarf hamsters together, the following tips will help you have higher success in keeping a happy horde.

While it may be tempting to house various dwarf species together, keep in mind that most of these hamster types do not come across each other in the wild. Due to size differences and different housing requirements, it isn’t advised to house multiple species together.

Female to male pairings will most definitely result in a litter. While this might be a cute idea, the presence of having pups around can make a mother hamster more aggressive and territorial. In extreme cases of stress, mothers may even result in cannibalizing their own young.

You also put your pet’s safety at risk every time you breed them, and with so many hamsters already looking for forever homes, it isn’t advised you breed your pets.

Whether male to male or female to female, same-sex pairings are most likely to result in success when it comes to cohabitation.

Introduce them while they are young

Same-sex pairs or trios from the same litter is always preferred as you have the highest chance of them getting along, even after they reach maturity. Trying to introduce adult dwarf hamsters to each other will almost always end up in a fight. Cohabitation is unlikely if they haven’t been bonded since they are young.

Remember, even when cohabiting in the wild, dwarf hamsters have their own separate nests and only share the burrow tunnels.

Make sure that the number of food bowls, water bottles, hides, wheels, chews, and food reflect the number of hamsters you have in the enclosure. This will lower the chance that they will fight for resources.

Also, make sure that the cage is large enough to house multiple dwarf hamsters. Despite their small size, dwarf hamsters require quite a bit of space as they are very active creatures.

Cages with multiple levels are generally not recommended, and dwarf hamsters require a minimum of 450 square inches per hamster.

The more space they have, the less likely they will fight.

Many seasoned hamster owners say it’s not an “if” but a “when” when it comes to dwarf hamsters fighting.

While sometimes dwarf hamsters can truly benefit from the interaction with other dwarfs, most of them prefer being alone. With that in mind, make sure you have adequately sized cages at the ready in case a fight ensues.

If your hamsters fight once, they will likely fight again and more severely the next time around. Make sure you separate them at once if you see any signs of fighting (check your hamsters daily for any injuries).

While the thought of a horde of hamsters living together in harmony is adorable, in reality, it is unlikely that your hamster will enjoy the company of another hamster.

Syrian hamsters and Chinese hamsters are solitary, and you will risk putting your pet’s life at risk if you try to make them cohabit with another of their kind.

On the other hand, dwarf hamsters can sometimes live together under the condition that there is adequate space, resources, and they are same-sex pairings/hordes from the same litter. Even still, you must be prepared to separate them should they start fighting.

Overall, your hamster will be perfectly happy living alone, and cohabitation should only be attempted by experienced owners. 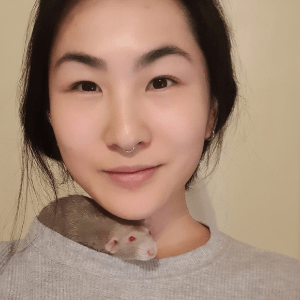 Shin Hye is a freelance writer with a menagerie of pets. When she isn't typing away on her computer, she is caring for her pack of dogs, mischief of rats, clan of gerbils, and one reckless cat.